Sensei Brendan Perry is chief instructor at Kaizen Dojo.  A 7th dan Black Belt with over 43 years practicing karate and 30 years teaching karate. He was named Chief Instructor of WSKF Ireland in 2000. Sensei Perry was selected as a member of the World Shotokan Karate Federation Shihankai - the Technical Committee of the WSKF.  This prestigious appointment is held by just 10 members worldwide. In 2017 Sensei Perry left the WSKF to form Kaizen Ireland an association of dojos with the same ethos in both traditional Karate training and sport of which Kaizen Dojo is the central training facility and administrative headquarters.

Brendan has competed & achieved great success, at the highest level on the National & International competition circuit. 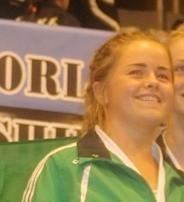 After starting at the age of five, John has over twenty-three years Shotokan karate experience. He has progressed to 4th dan Black Belt and was one of the youngest ever 1st dan Black Belts in WSKF Ireland. John has represented Ireland competitively for over fifteen years and won multiple international medals and over fifty national titles in both kata and kumite across different organisations.